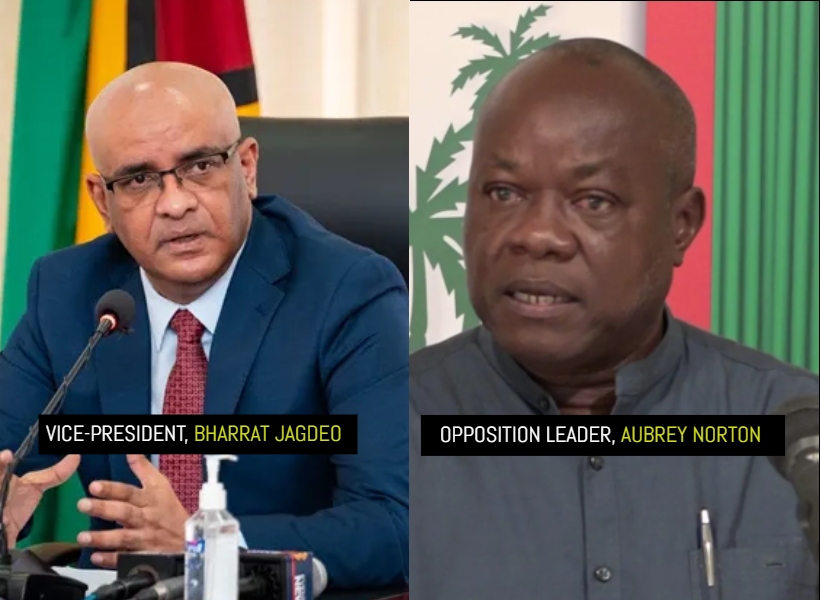 Vice-President, Bharrat Jagdeo says that he will resign if the Leader of the Opposition, Aubrey Norton, provides evidence that the ruling party lost a purported internal poll.

Norton, several weeks ago, said he was privy to a leaked internal poll conducted by the ruling party, in which the opposition, A Partnership for National Unity + Alliance for Change (APNU+AFC) emerged victorious. The Opposition Leader, was, however, stingy with details.

He claimed that the evidence is real, but refused to make any disclosures. According to him, he risks compromising the identity of his source if he makes any further details known.

However, Jagdeo, the PPP/C General Secretary, said yesterday that no such poll was conducted. In fact, he says if Norton can provide any evidence, he would demit office with immediate effect.

“If we had a poll like that, I’d retire from politics tomorrow – immediately. In fact, I won’t utter another political word in this country,” the VP said.

Jagdeo has faced repeated calls for his resignation from opposition members and supporters following the scandalous VICE News report that painted him as one whom foreign contractors must financially gratify before receiving government contracts. Norton has been at the forefront of that call and has even appealed to President Irfaan Ali to fire Jagdeo.