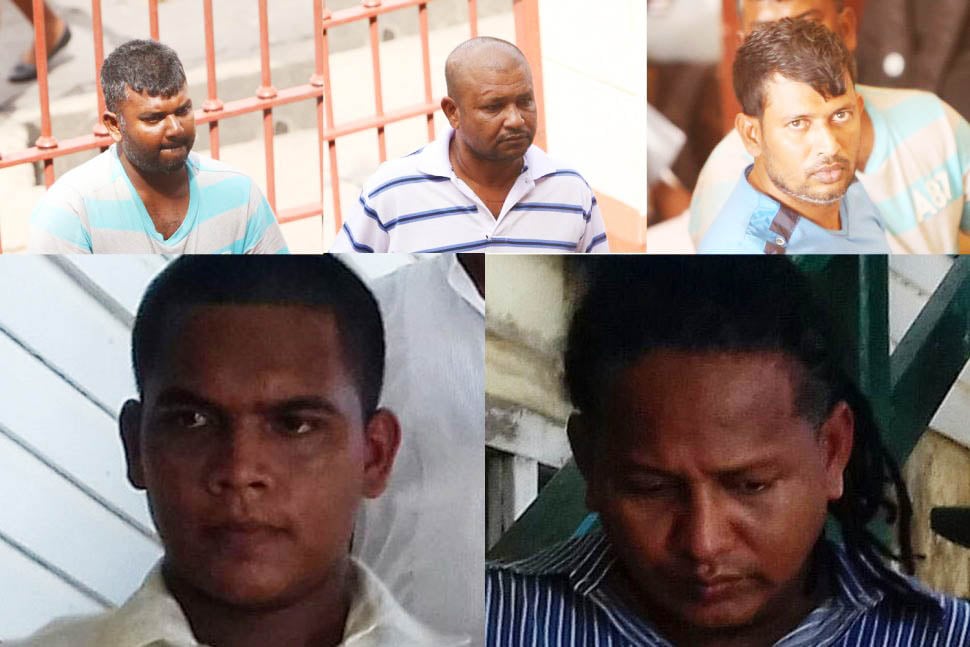 The five men who stood trial in the High Court for the murder of Berbice carpenter Faiyaz Narinedatt were found guilty following a final deliberation on Friday afternoon.

After final submissions, the jury took two hours to deliberate their fate. After careful consideration, the men were all found guilty of Narinedatt’s murder.

Justice Navindra Singh ordered that probation reports be prepared for the five men and presented to the court. Justice Singh set December 28, 2022 as the date for sentencing.

Between October 31 and November 1, 2016, Narinedatt of No.73 Village, Corentyne, Berbice, was found lifeless on the No. 70 Village Public Road hours after he attended Businessman Marcus Bisram’s birthday celebration.

Bisram had returned to the United States shortly after the murder of Narinedatt but was later extradited to Guyana and placed before the court for the Carpenter’s murder. He was subsequently acquitted based on the lack of evidence and set free in June 2020.

Bisram was back before the courts a few months later and had appealed his case and subsequently High Court Judge, Justice Simone Morris-Ramlall ruled that his imprisonment was unlawful and ordered his release.

That decision was then overturned by the Court of Appeal and Bisram moved an appeal to the Caribbean Court of Justice (CCJ). The CCJ ordered that he be released.