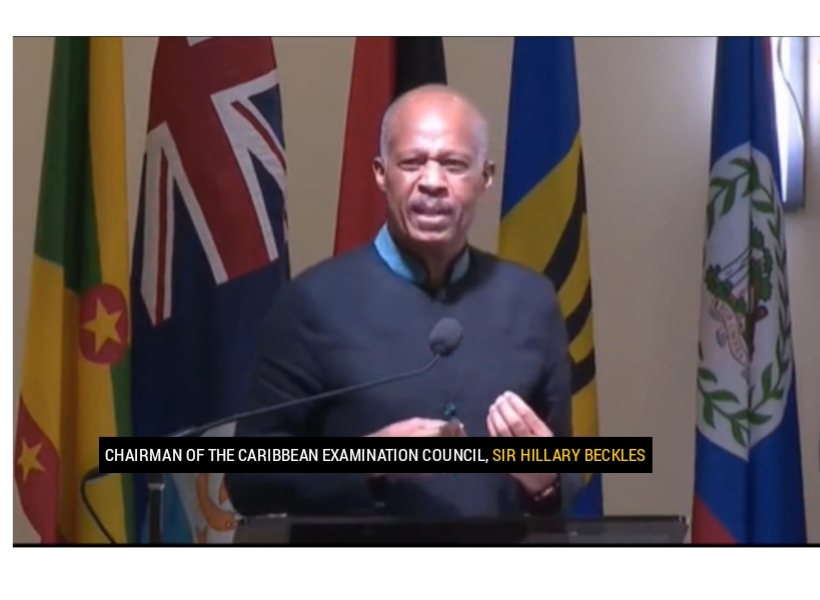 Chairman of the Caribbean Examination Council (CXC) Sir Hillary Beckles has expressed concerns with regard to the number of young people in the region enrolling for higher education. The Chairman expounded that the interest in higher education among Caribbean youths is at an all time low.

The Chairman was at the time addressing Education Ministers and officials at the CXC Ministerial Summit in Grenada on Friday. Sir Beckles said, “If you take our hemisphere, from Alaska in the North, to Argentina in the South, and you collect your data on the percentage of young people enrolled for professional enhancement… The Caribbean is at the bottom of the pile. It is a tragic situation.”

The Chairman continued “This is why our economy is so sluggish in its recovery. We are still recovering from the 07/08 economic crisis because we are not generating the professional skills, the academic specificity to push innovation and economic development and transformation.”

According to a report, the Caribbean’s tertiary enrolment rate is less than 25% compared with the North American average of nearly 60% and the Latin America average of 52%. The report pointed to the troubling trend, citing a plethora of factors including access to student loans and less interest in tertiary education.

The 2012 Organisation of Eastern Caribbean States report noted that Enrolment rates in Eastern Caribbean countries lag behind the rest of the Caribbean with only 15% of secondary school graduates going on to pursue tertiary education and less than 10% of adults having successfully undertaken programmes at the tertiary level.

The OECS report outlined that the lack of interest to pursue higher education after high school hinders the potential of many workers who do not have the necessary skills, competencies and knowledge to function effectively and contribute to building the competitiveness of the sub-region.

Guyana has done its part to address this issue. Guyana’s GOAL scholarship programme has provided scholarships to more than 20,000 persons to pursue Diploma, Degree and Master’s Education At various Universities around the world.

Launched in 2021, GOAL is an initiative of the Government of Guyana to provide scholarships to Guyanese to pursue online, tertiary level programmes via partnerships with reputable international universities. This was done after a 2020 World Bank Report revealed that there was lesser interest in higher learning among Caribbean youths.