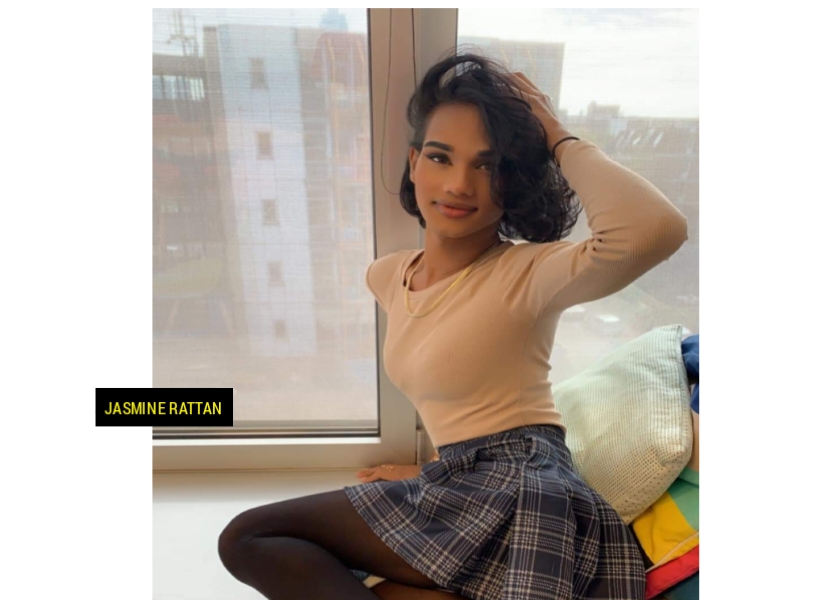 Twenty-two-year-old Jasmin Rattan is the embodiment of what it means to be true to one’s self. Irrespective of the difficulties she encountered over the years, Rattan who was born a man, transitioned with elegance, confidence and grace into her divine feminine energy. 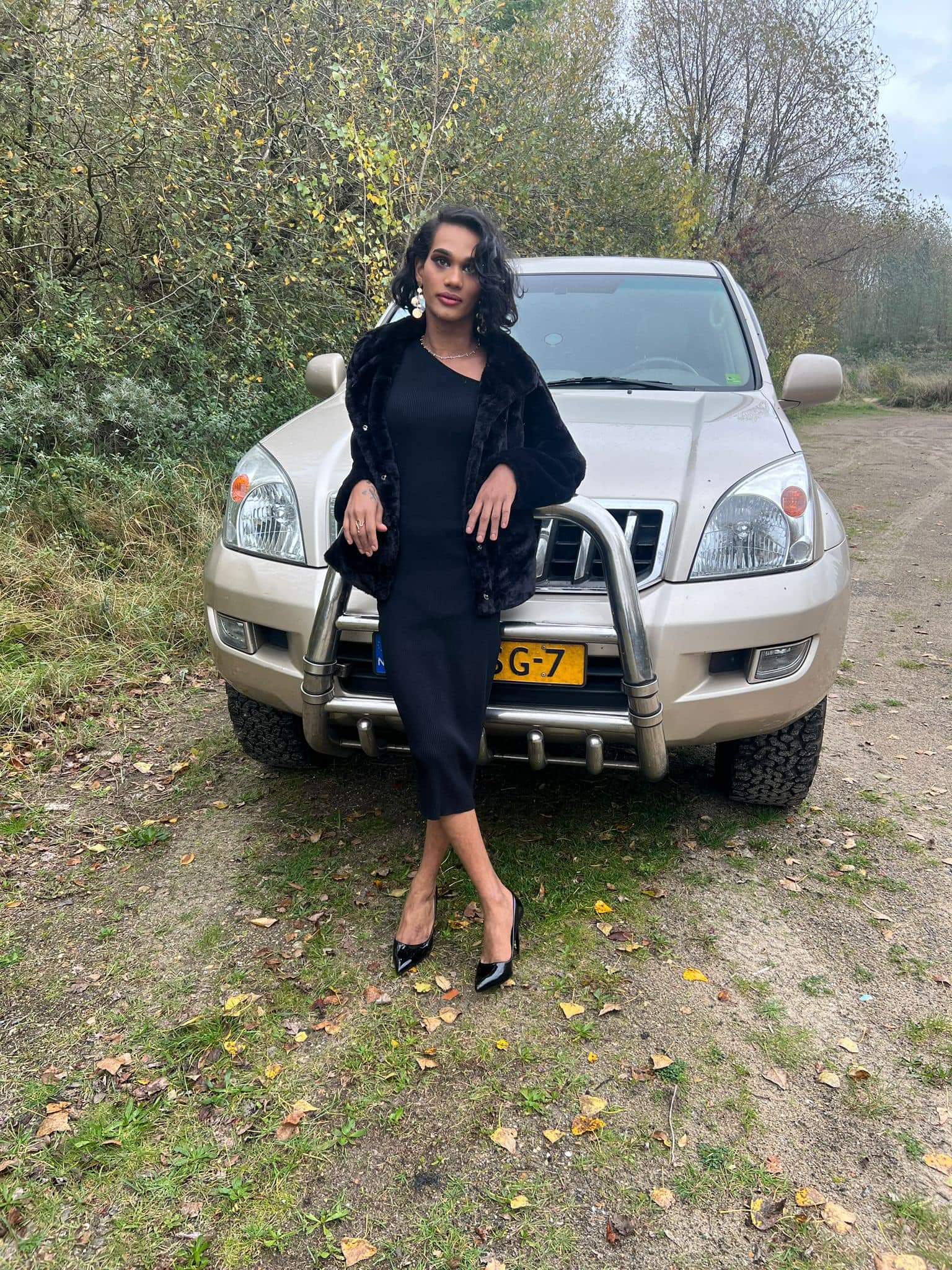 In an exclusive interview with the Guyana Standard, Rattan, a proud Berbician, said growing up, she was often misunderstood because of her gender identity and expression. But those doubts never made her yield to the public’s expectations of who she must be.

In fact, Rattan dared to fight for the rights of others like her during her time as a member of the Society Against Sexual Orientation Discrimination (SASOD). There, she was regarded as an ardent advocate for transgender rights in Guyana.

Rattan also competed in the Miss Diamond Infinity pageant back in 2018. The pageant is staged every year to celebrate the beauty of trans women in Guyana.

But being an advocate and a trans woman came with its own challenges. “Life in Guyana, it was different. Because I identify as a woman most times people didn’t understand who I was or what I represented,” She said.

Rattan continued, “When you walk the streets, people, especially men, used to hurl some really hurtful remarks. There were times when people threatened to harm you with bottles and even wanted to kill you. It was really scary at times,”Jasmin said.

Rattan also recounted that rejection from family and society made life even more difficult. Be that as it may, she shared that her confidence was the most important sheild in the face of discrimination. She would later leave for a world that was more accepting and respectful.

“It all became too much for me. And that’s when I decided to leave Guyana for something better than what I was going through. I had big dreams and aspirations and I couldn’t achieve any of them living in Guyana so I packed up, and left everything and everyone behind,” She noted.

Moving to the Netherlands

About two years ago, Jasmin migrated to the Netherlands. The Netherlands is considered
the most progressive country in the world with gay rights.

Moving there however was a big step for Jasmin. Since living in the country, Rattan found love, got married and now lives with her husband. She is also a full-time model strutting her way on catwalks in various fashion shows; most recently at Holland Fashion Week.

“The greatest feeling is being seen and respected as a woman. No one cares who you are in the Netherlands. You are treated with respect and that is importan,” Rattan said.

Rattan was asked about how the experience has changed her life. She said, “I have everything I could ever imagine. I have a career as a model, I have a husband who loves me to the moon and back, and I am also learning Dutch. It’s everything you could ask for. I know a lot of people are not as lucky as I am but you have to want it in order to achieve it. You have to be willing to take that step.” 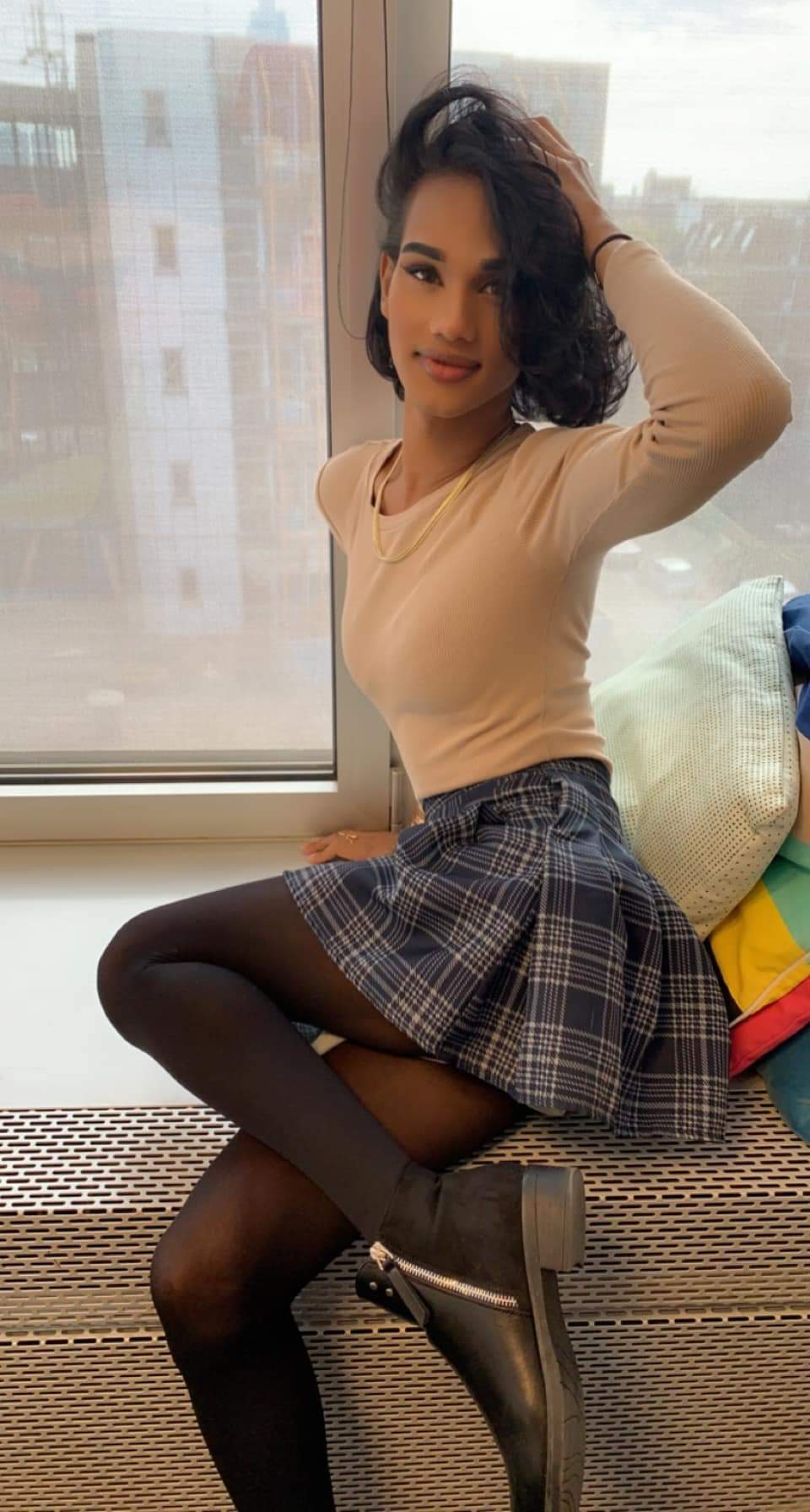 “Guyana has a long way to go…”

Jasmin told the Guyana Standard that “Guyana has a long way to go” with regard to amendments of laws which allow persons to discriminate against transgender persons without fear of consequence. About three years ago, a Transgender woman named Petronella was asked by a City Magistrate to leave the court and return in male attire.

The refusal of this order saw the case many times being put down until there was compliance. The incident was highly publicized especially since the Transgender community was battling its own challenges at the level of the Caribbean Court of Justice in an effort to strike out laws prohibiting cross dressing. That law was later overturned by the CCJ. But sadly, Petronella, who eventually migrated to the United States back in 2021 died after contracting COVID-19.

Jasmin however believes that with education, transgender relations could attract greater appreciation and respect. “Most times people act a certain way because they don’t know better. And what they don’t understand they seek to destroy. We have to start educating people. That’s the only way. If not, we’ll be stuck in the same vicious cycle.”

Rattan concluded that Transgender persons living in Guyana must rely on their own confidence and self-acceptance. “You have to believe in yourself. You have to love yourself most of all. You have to be confident and if all else fails, know that there is always somewhere else better. My relationship with my family is not good because they never accepted me and I had to rise above that. I hope one day people can respect trans people in Guyana,” Rattan said.

There are certain challenges persons of the LGBTQ+ society face in Guyana. Among them are discrimination and violence. The Transgender community is also made to endure such hardships and even rejection from family.

Apart from their own personal battles, those in the Transgender community are subjected to several forms of discrimination, including denial of access to medical services and employment.

For context, here are some key things to note:

A Transgender (often abbreviated as trans) person is someone whose gender identity or gender expression does not correspond with their sex assigned at birth.

Many transgender people experience dysphoria, which they seek to alleviate through transitioning, often adopting a different name and set of pronouns in the process.

Additionally, some persons may undergo sex reassignment therapies such as hormone therapy and sex reassignment surgery to more closely align their primary and secondary sex characteristics with their gender identity.

The United Nations says in Guyana, the LGBTQ+ accounts for about 10% of the population. The Transgender community is considered to be the smallest bracket, accounting for about 3% of the population. The percentage however sees a reduction yearly, especially since most Transgender people migrate to countries where trans rights and customs are respected.