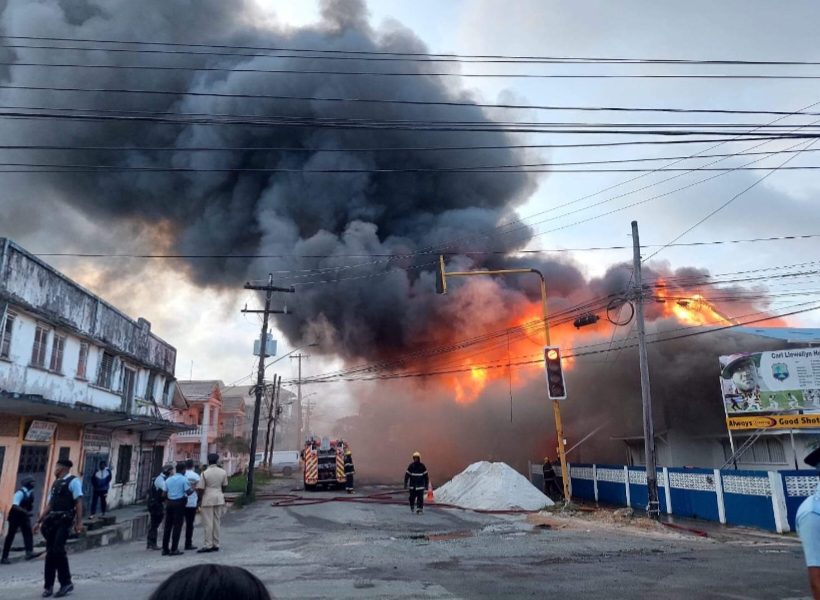 Home Affairs Minister, Robeson Benn has warned that those found guilty of deliberately setting fire to schools or other public facilities will face the full brunt of the law.

His caution comes on the heels of four school fires in two years, with the most recent being at Christ Church Secondary, which occurred on Thursday, January 12, 2023.

“The Minister of Home Affairs strongly condemns those trying to wreak havoc and create future weakness and uncertainty within the school system and the nation. The Ministry is aware that school fires will create a negative ripple effect on the education system and calls on all agencies and citizens to be vigilant to ensure the protection and sustainability of the education sector,” the Ministry said in a statement today.

Of the four school fires within the last two years, two were maliciously set by person/persons.

“Minister Benn wishes to remind the public that there are harsh penalties attached to arson attacks, and once identified; the perpetrator/s will face the full brunt of the law. The Ministry of Home Affairs urges teachers, parents, students and supporting staff of all schools to remain vigilant of their surroundings and report any suspicious activities to the relevant authorities,” the Ministry advised.