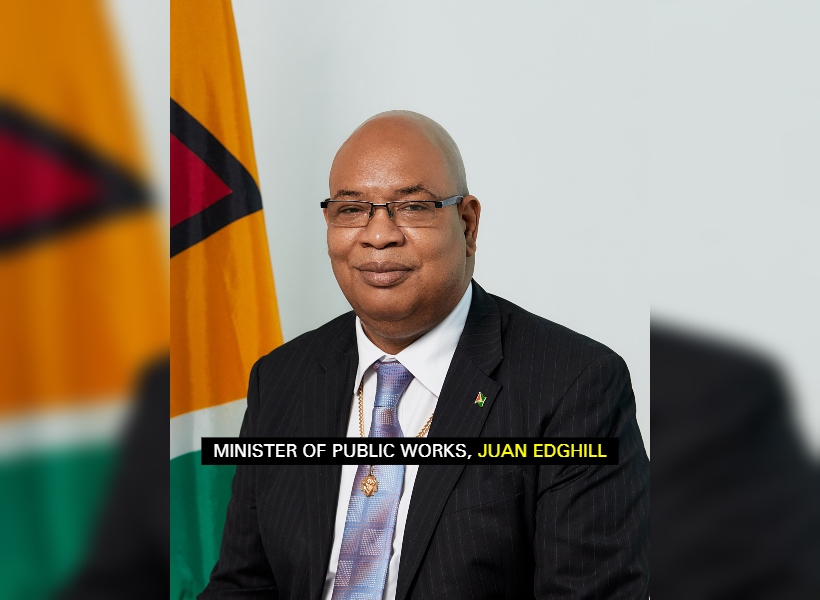 The battle of which government has the best track record continued in the National Assembly on Wednesday with the Public Works Minister, Bishop Juan Edghill lambasting the former government for its dismal performance in the Roads Programme between 2015 and 2020.

Edghill, during his contribution to the 2023 budget debate at the Arthur Chung Conference Centre (ACCC), said that the former A Partnership for National Unity + Alliance for Change (APNU+AFC) government invested meagre sums toward road works, but now, ironically, laments shortcomings in the sector.

He told the House that the Public Works Ministry, under the stewardship of David Patterson, spent some $8B on miscellaneous roads in 56 months. Edghill said this pales compared to the $45B doled out by his Ministry in just 28 months towards the same programme.

He said that between 2015 and 2020, the former government spent $52B overall on roads while boasting that the ruling People’s Progressive Party/Civic (PPP/C) has already surpassed $83B in 28 months.

“In the overall roads programme, which includes miscellaneous roads, main access roads, hinterland roads, and farm-to-market roads, the APNU+AFC, in 56 months it was in office, appropriated and spent $52B. In 28 months, the PPP/C has appropriated and expended $83.9B!”

Edghill added that no change was made to the Engineering Department despite the massive increase in expenditure and projects, noting that the Ministry’s “poor performance” between 2015 and 2020 reflected the “lethargic state” of the APNU+AFC.

“The same people – who were there for 56 months – were there for 28 months, but they are delivering. Why? Because they have visionary leadership. They are delivering because they understand where Guyana needs to go. They understand that there is a government that is looking after people and not themselves. That is the difference,” Edghill emphasised.