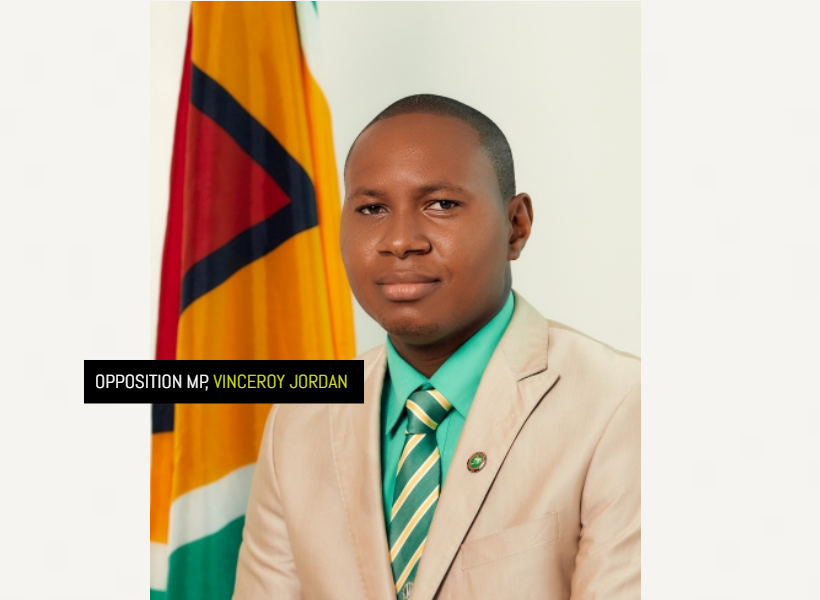 Opposition Parliamentarian, Vinceroy Jordan has accused the government of sitting on its hands rather than implementing sound strategies to eliminate poverty in Guyana. He said this to be the case even as Guyana is being recognized as the fastest-growing economy in the World boasting a staggering 62.3 per cent growth rate in 2022.

During the 2023 budget debates in Georgetown on Wednesday, Jordan said that even with the wealth coming from oil proceeds, thousands of Guyanese are still reeling from the high cost of living, which the government has attributed to shocks to the global supply chain and the ongoing Russia/Ukraine war.

While this year’s budget stands at a whopping $782B Jordan said that it lacks measures to bring relief to the 43 per cent of Guyanese who cannot afford a healthy diet, or the five per cent reported to be undernourished. He quoted statistics from a report released earlier this month by the Food and Agriculture Organisation (FAO). That document, titled “Regional Overview of 2022: Towards Improving Affordability and Health Diets”, has been featured prominently in speeches delivered by Opposition Members of Parliament (MP) since Monday last.

Jordan contended that the infrastructure-top-heavy fiscal plan will only see Guyanese descending further into poverty.

“This visionless government, while proposing to spend $781.9B has failed to propose any measures that will indeed address the high inflation rate and general cost of living. This budget is deficient in a poverty-reduction strategy,” he told the House.

Indeed, the word “poverty” is mentioned only once in the 94-page speech read by the Finance Minister, Dr Ashni Singh.

The government has, however, touted the multibillion-dollar expansion of its part-time job initiative which is available to one person per family to earn $40,000 per month. It has also increased old-age pension, which will see each pensioner receiving an additional $60,000 annually. The “Because We Care” cash grant to schoolchildren is also expected to increase from $25,000 to $35,000 and is slated to benefit over 214,000 children. Also, no new taxes were proposed for 2023. The government has allocated $5B to address the issue of the high cost of living, but the opposition has branded the amount insufficient.