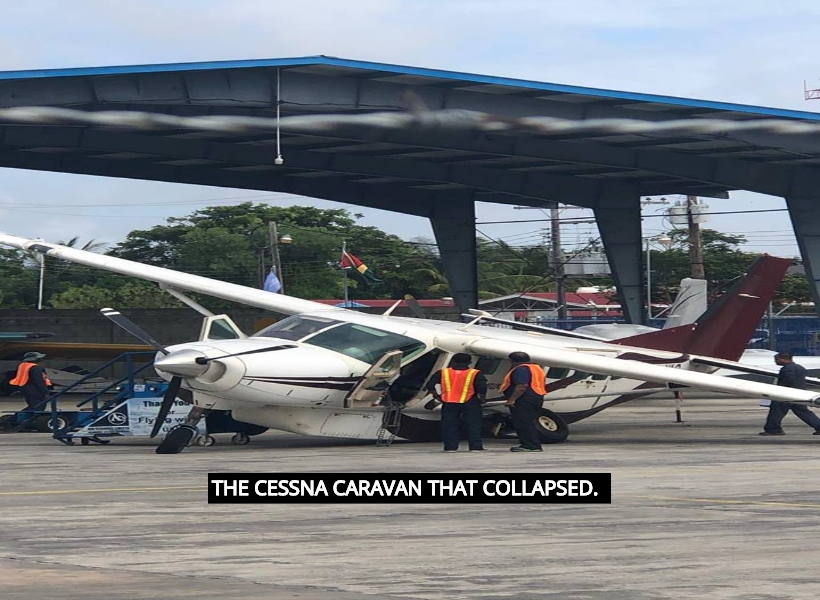 Director of the Guyana Civil Aviation Authority (GCAA), Egbert Field, has confirmed that the operations of 16 Cessna Caravans that work out of the Eugene F Correia International Airport have been suspended.

The move to ground the aircraft was made after the left undercarriage (landing gear) of a Cessna Caravan, bearing registration, 8R- YAC, collapsed on Wednesday afternoon at the airport.

The aircraft, which belong to Air Services Limited (ASL), was being loaded with passengers destined for Imbaimadai, when its landing gear collapsed.

An investigation has been launched to determine what caused the failure.

In the interest of safety, Fields said that all caravans which operate out of the Eugene F Correia International Airport have since been grounded until inspections are carried out by the operators. These inspections will be monitored by inspectors at GCAA.

The Guyana Standard has been informed that all the planes are expected to be in operation by Saturday.