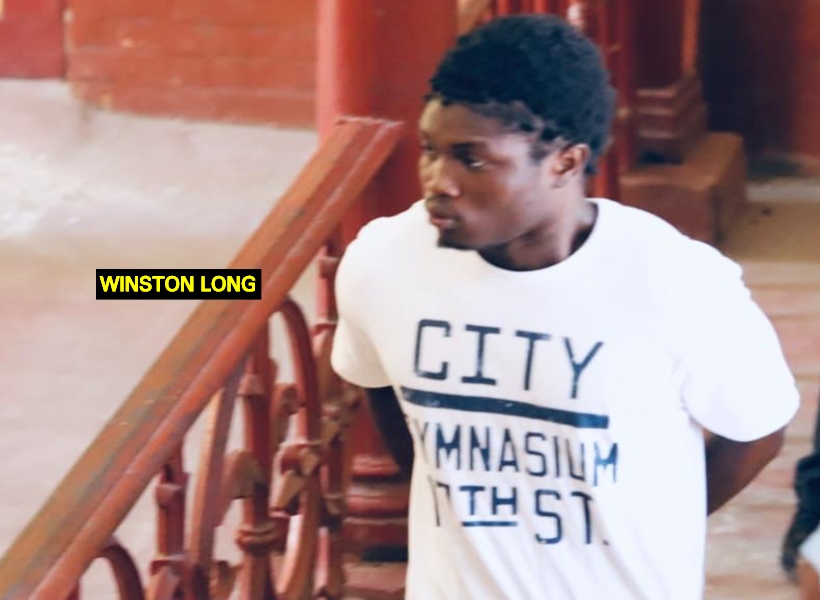 A former convict who escaped from the Lusignan Prison in July 2017 and was subsequently convicted for this crime — only to be charged months after his release with armed robbery — has found himself once more in hot water, this time charged with robbery.

Winston Long, a labourer who was among the 13 men who had escaped from the Lusignan Prison back in July 2017, was this morning charged with a February 12, 2019 robbery at High Street, Georgetown.

Long, 22, denied the charge which stated that, while being in the company of others, he robbed Sherlock Cummings of a cellular phone valued $6,000, one chain valued $10,000 and $3,000 cash, and at the same time made use of personal violence against the victim.

He appeared before Principal Magistrate Sherdel Marcus Isaacs in the Georgetown Magistrates’ Courts.

Facts presented by Police Prosecutor Quinn Harris stated that, on February 12, 2019 at around 01:30 hrs, the victim was walking along the eastern side of High Street when he was confronted by Long and others.

The court heard that Long held on to the victim’s jersey and snatched his chain from around his neck before pushing his hands into the man’s pocket. He then made good his escape.

The victim then saw a party of police officers patrolling the area and he related to them what occurred.

Soon after, the police spotted Long in the Stabroek Market  Area and he was arrested. A search was carried out on him and the stolen articles mentioned in the charge were discovered in his pants’ pocket.

The Prosecutor told the court that Long was released from prison in March 2018 after serving a one-year term of imprisonment for escaping from the Lusignan Prison, back in July 2017.

The Magistrate, after listening to the Prosecutor’s facts, remanded Long to prison. He was instructed to make his next court appearance on March 11.

In 2018, just months after finishing his prison sentence, Long was charged with robbery.

It is alleged that, on August 27, 2018, at High Street, Werk-en-Rust, while being in the company of others and armed with a cutlass, he robbed Arif Wahab of a cellular phone valued $75,000.

The second charge stated that, on August 27 last, at High Street, Werk-en-Rust, while being in the company of others and armed with a cutlass, he robbed Krishna Seenarine of $4,000.

According to information, on August 27, 2018, the victims were walking when Long approached them holding a cutlass and demanded that they hand over their valuables.

The victims later reported the matter to the police, triggering an investigation which resulted in Long’s arrest.