Home Life Life in the village of Karaudarnau 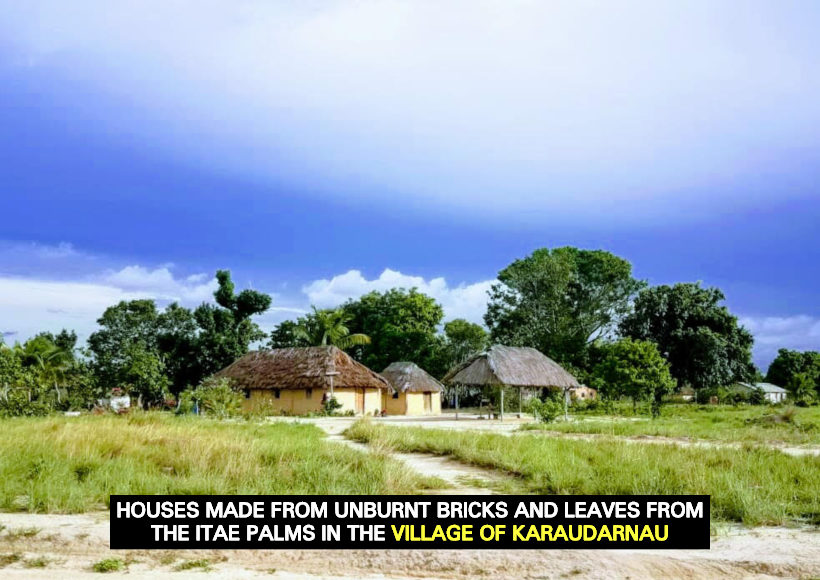 Located in South Rupununi, Region 9, the Indigenous village of Karaudarnau is not one you would usually hear about. It might as well be the last vestige of a different kind of world — or perhaps a cradle to a shiny new one. But, despite its obscurity, the village is home to more than 1,000 persons — most of them from the Wapichan tribe — who live everyday harmoniously together, just like many other Indigenous communities in Guyana.

The name Karaudarnau derives from an old legend and means “snake hill”, a reference to the huge rock in the center of the village. Villagers believe that under the rock lies the head of an enormous snake named ‘karao’ while the tail is located close to the Rupununi River which borders the back of the village. The rock now serves as a hangout spot to youths of the village on a regular afternoon.

In this village, Wapishana is the first language of the people, followed by English. The village can be accessed by land or air but travelling by land is the prefered mode of transportation for most. While most of the villagers travel via motorcycle, some are content with the use of bull carts and bicycles. Occasionally, you can spot a cowboy on a horse trying to lasso cows.

On a regular day, children would make their way to school while older villagers gather for what they call “village work” during the morning period. Lunch is usually provided by the village council and women who would volunteer to cook the meals.

The villagers rely on the cassava root and Itae palm for most of their products. The favourite dishes of the villagers vary from pepperpot made with cassava water and fish to soft cassava bread and roast fish or wild meat with farine.

After lunch, the villagers would return home to relax or some would gather to drink a local beverage called parakari, or Kari for short, which is made from cassava. Other than local drinks, wine and beer are the imported drinks that are allowed to be sold; the village council has banned the sale of hard liquor.

“Kdar”, as it is commonly known, boasts the largest youth population in the South Rupununi. When it comes to education, students perform fairly well and most go to the Aishalton Secondary School. So far, only a handful of persons have had the opportunity to study in the city.

Cheryl Stephens, the headteacher at the primary school, has a vision of upgrading the school so that students can be able to write the CSEC examination in the village rather than traveling miles to the secondary school located in the next village. The nursery school is also part of the pilot program of the bilingual education program which was launched last September by the MoIA.

After school the children would either head to the village-only sports ground to play football or the Rupununi river for swimming. Students often perform well in the swimming competitions at the national level and a few have returned to the village with gold medals.

Other children are more business savvy and, after school, you could spot some children walking around the village selling homemade bread and snacks.

Youths, upon completing their education, either migrate to neighbouring Brazil or relocate to the Marudi Mountains, a mining area.

The village is also known for its cultural group named Karao. In addition to performing locally, the group has been invited to perform overseas at Carifesta and also in the USA. Karao is just a part of the larger entertainment scene in the community; the villagers usually gather to celebrate birthdays and parties until the 2AM curfew enforced by the village council takes effect.

The local economic activities of the people are mainly ranching and farming while others own small shops and some earn their money by selling greens and juice. Since there is an official market day, villagers usually ride bicycles and go from house to house advertising their daily catch of fish or produce. Cattle rearing and farming as well as animal husbandry are the main contributions to the village’s economy.

There are some modern conveniences within the village; the Brazilian army in collaboration with GWI recently installed a water system in the village so they are now receiving tap water at every home.

Most times the village is very peaceful but, around elections when politicians begin pouring in, the villagers would constantly bicker with one another, a division developing among them. But, at the end of the day when the villagers settle in for the night, they do so peacefully and the door to their homes made from branches of the Itae palms and from mud bricks is always open to anyone who needs a helping hand.