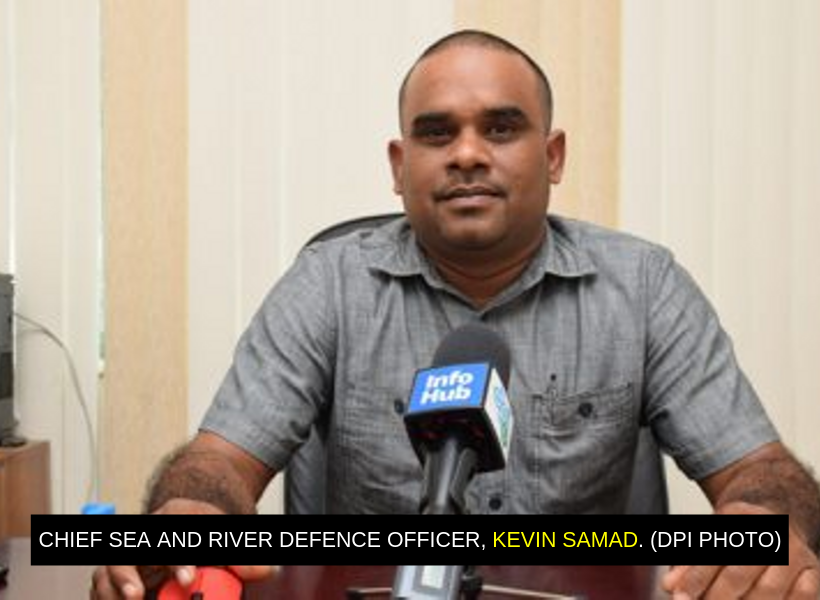 Chief Sea and River Defence Officer, Kevin Samad, has debunked claims circulating on social media that the newly-commissioned Supenaam Stelling is on the verge of collapse. In fact, he said that only a few tiles were broken and they will be replaced within the coming days.

Samad said that he met with the contracting firm, Samaroo Investment, just this morning to apprise it of the situation. The firm has given assurance that the remedial works will be executed within the coming days.

Quizzed on whether the nation’s purse will the impacted, Samad responded in the negative. He explained that the works will be done at no additional cost tot he people of Guyana since the report was made during the defects liability period, which functions as a warranty that contractors offer to procuring agencies. This means that any problem encountered during this period, must be rectified by the company.

“The contractor has a contractual obligation to carry out the [remedial] works during this period, so it will be done free of cost,” Samad told Guyana Standard earlier today.

Asked whether the defects will have an effect on the structural integrity of the facility, Samad responded in the negative. He explained, “It’s not a major failure. It’s not like there were damages to the revetment or the ramps. There is no collapsing. Just some tiles were broken due to the sediments. So, the contractor will have to take out those tiles and add some sand, get some compaction done and replace those tiles. There is no collapsing. It’s a minor issue.”

The stelling was commissioned some months ago, and as of March this year, some $123M was plugged into the project.