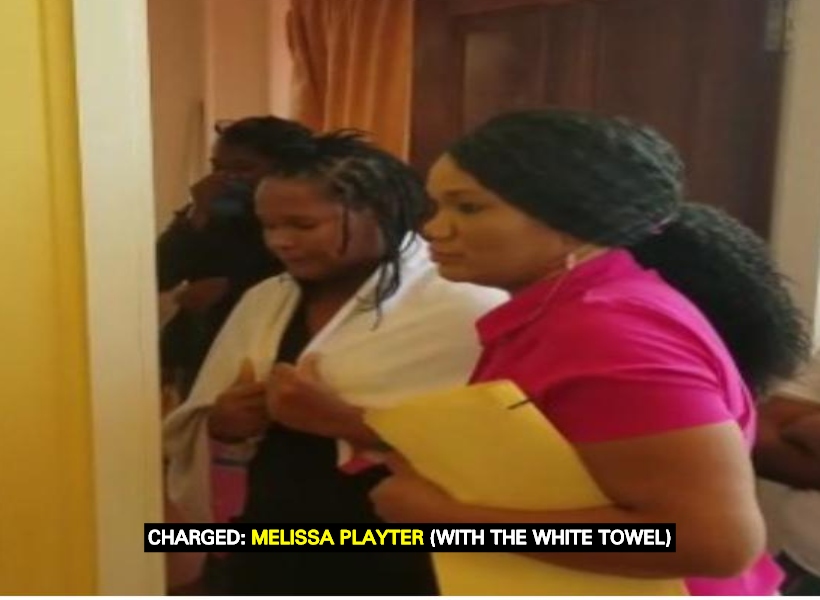 Days after a woman allegedly stabbed the father of her three children following an argument at their Plaisance, East Coast Demerara (ECD) home, she was, this afternoon, charged and remanded to prison for the offence.

A teary Melissa Playter, 25 of Plaisance, East Coast Demerara, was arraigned before Magistrate Alisha George at the Sparendaam Magistrates’ Court for the capital offence to be read to her.

She was not required to plead to the indictable offence which stated that on December 2, 2018 at Lot 41 Prince William Street, Plaisance East Coast Demerara, she murdered Victor Roberts, 38, her reputed husband.

The unrepresented mother of three was remanded to prison for the offence and was instructed to make her next court appearance on January 17, 2019.

According to reports, on the day in question, the couple had an argument and Playter became annoyed and stabbed Roberts, once, to the heart.

He allegedly died on the spot. The matter was then reported and Playter was arrested and taken into custody.

According to information received, neighbours heard the couple arguing just before the 38-year-old man was killed. It is unclear what caused the argument.

However, there are reports that the couple fought a lot. In fact, the deceased was previously stabbed by the woman during an argument.

Roberts used to manage a grocery shop in the lower apartment house.